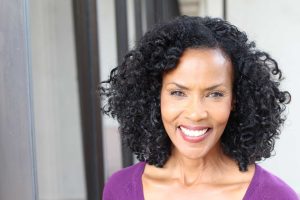 As you age, your body makes less of certain hormones, particularly those responsible for reproduction. In women, this is estrogen, while for men it’s testosterone. How these changing levels affect the individual can be different for everyone. Symptoms of menopause vary widely, for example, and some men see the effects of hormone decreases while it goes largely unnoticed in others.

Hormone replacement therapy (HRT) may be a treatment option when the symptoms of hormone imbalance affect daily life. However, HRT has some associated risks, particularly with long-term use, and like the effects of reduced hormone production, your reaction to HRT may be similarly specific.

A solution for hot flashes

HRT is most often used to treat symptoms of menopause. Estrogen and progesterone control the menstrual cycle, and they’re produced in greatest quantities in your ovaries. As your reproductive time lessens, the ovaries are less active and there’s a massive swing in the balance of hormones in your body. This swing is behind the physical changes you experience through perimenopause and menopause.

While it’s a natural progression in your life, some of the changes you experience may feel anything but natural. Hot flashes are one of the more common symptoms associated with menopause, but they’re far from the only one. The genitourinary syndrome of menopause (GSM), for example, describes changes to your vaginal walls and surrounding tissue, which can result in discomfort or pain during sex as well as problems with the urinary tract.

While there are multiple treatment options for menopause symptoms, estrogen HRT remains the most effective solution for hot flashes. GSM symptoms may also respond well to HRT treatments. It’s important to understand that since menopause is a natural condition, there’s no “cure.”

There’s no direct male equivalent to menopause since in women it is well defined as starting 12 months after the last menstrual period. However, some men suffer similar symptoms related to changing hormone balances that are sometimes referred to as male menopause. Unlike women, this condition in men won’t necessarily mark the end of reproductive ability.

However, changing hormone levels in men can cause problems common to menopause, such as fatigue, mood changes, loss of strength and/or bone mass, and sexual dysfunction. Similarly, HRT based around testosterone may be an option to ease these effects.

There’s a school of thought that the statistical risks of heart disease, stroke, and cancer to which HRT may contribute can be avoided by using bioidentical hormones. These are artificially produced hormones that are chemically identical to the versions made by your body. While any form of HRT carries some risks, the benefits can outweigh these, if you’re substantively affected by hormone imbalances.

Dr. Sameer Ohri specializes in HRT treatments for women and men to ease the effects of hormone deficiency, reducing symptoms and restoring vitality. Customizing HRT to your symptoms is important for relief and safe treatment. Contact Dr. Ohri’s office by phone or using the online tool to find out more about HRT treatments and how they may help you.